ADAMs are cell-surface-Metalloproteases that contain a Disintegrin domain. They were initially discovered on the surface of mature spermatozoid where they play a role during fertilization. The domain organization of ADAM proteins is related to snake venom metalloproteases. When these venoms are released into a victim, the metalloprotease domain degrades the walls of blood vessels while the disintegrin domain prevents platelet integrins from binding and forming blood clots. The combination of these 2 functions induces hemorrhages that can lead to the death of the victim. My group is interested in cell movements that shape the vertebrate embryo. More precisely we are interested in cell interactions either with other cells or with the extracellular environment that control cell movements. We have chosen the Frog embryo (Xenopus Laevis) to study these phenomena because of the large number of embryos that can be generated (thousandths per female), the wide array of molecular reagents available for this specie and the amount of knowledge accumulated over the years by classical embryologists.

Our multiple interests in cell behaviors during embryogenesis are reflected by our wide array of techniques. We use Molecular Biology to clone, mutate, express or knock-out genes that we want to study. Biochemical analyzes to identify protein complexes, proteolytic substrates and post-transcriptional regulation of selected proteins in the embryos. Finally we use grafts, live labeling and imaging of cells in whole embryos as well as in vitro cultured explants to understand detail cellular behavior in response to various conditions. 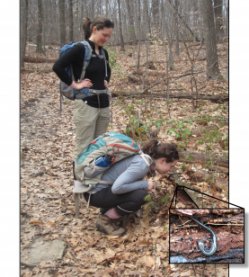