Biological invasions occur when species establish populations outside their native range. The phenomenon is global in scale and typically results from human activities associated with trade. Introduced organisms threaten biodiversity by competing with or preying on native species, by altering habitat and by disrupting ecological processes. Despite their impacts, we have limited understanding of general patterns, transport processes, or ecological consequences associated with invasions, particularly in marine systems. Research in my laboratory examines morphological and ecological responses by invaders and native organisms to each other after an introduction has occurred. In particular, we are interested in whether short-term arms races arise as introduced predators alter their feeding structures to counter induced defensive responses by native prey. 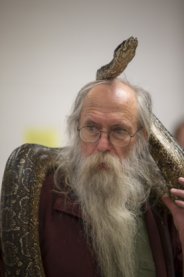