How to choose a postdoc in Switzerland 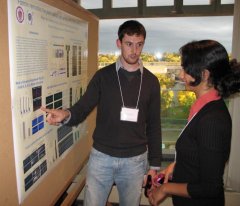 Peter van Gisbergen, PhD in the Bezanilla Lab, writes about his recent experience choosing between three postdoc offers.  "The next step. You know it is coming, but when it is there, it catches you by surprise anyway. Suddenly, questions start popping up in your mind; academics or industry, the USA or somewhere else? For foreign students, back to my home country or staying here? What about future opportunities? Significant others? Salaries? You would almost forget about the most important question of all: where can I work on a problem that captivates me and that I can sink my teeth in for at least a couple of years?

I faced these questions recently. For me it was clear academics was the way to go, as I’ve wanted to pursue that path since I was a teenager. No 9 to 5 job, no discoveries to help humanity, but doing research for my own personal interests. The other questions were harder to answer. I applied to the three labs whose research I like best based on the papers I read in journal club. I also met all the PIs at a conference. They did not have job ads out so I just sent an open application, but got an interview and later also an offer for all three. That is when the above mentioned questions needed answering. Two of the labs were in the U.S., one in Switzerland. The U.S. labs use techniques I would like to learn, while the Swiss lab has the more interesting biological question. Staying in the U.S. means better job opportunities later on, but going to Switzerland means being closer to family (same time zone at least) and a better salary. Staying in the U.S. means an easier move and transition whereas moving to Switzerland has better prospects for my wife.

I chose the option that was the overall best in terms of living conditions, chances for my wife and I, and the most interesting problem. There was one clear answer; we’re going to Switzerland! I will be working on fission yeast reproduction, no longer on plants. Yeast mating requires two cells to grow a structure towards each other (called a shmoo) in a pheromone-guided way. Then, the two cells need to fuse, which requires them to basically make a hole in themselves, for which the cytoskeleton is necessary as well as my favorite protein family: formins. The cells are under a high turgor pressure though, and if they do not do this at exactly the same time, at exactly the same place, they will basically blow up. How two very basic cells can successfully accomplish this almost 100% of the time fascinates me. The fact that the Martin lab at the University of Lausanne looks out over Lake Geneva and snow covered Alps didn’t negatively affect the decision either. Life is not all work." 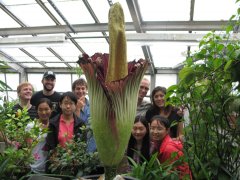 The titan arum, officially known as Amorphophallus titanum and also known as the "corpse flower" due to its magnificent rotting smell, bloomed this summer in the Morrill Science Center greenhouse.  It last bloomed about 10 years ago and had just started to fade in both stature and smell when some of the PB graduate students gathered for a viewing! We hope to have a timelapse video of the blooming posted in the near future, courtesy of the Hazen lab. 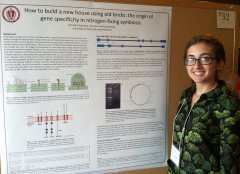 Christina Stonoha, PB PhD in Dr. Dong Wang's lab, received an award from the NSF to participate in the East Asia and Pacific Summer Institutes from June to August.  Christina wrote, "It was an extremely rewarding and humbling experience. I got valuable research experience and the opportunity to practice various methods, such as how to inoculate plants with arbuscular mycorrhizal fungi, which I wanted to do as a part of my dissertation but was previously unable to because I lacked the expertise. I also learned how to use laser capture microdissection to isolate specific tissues within the root. This was not part of my own project, but I gained knowledge of this technique that I may not have received otherwise. I also gained a deeper understanding of what it means to communicate across cultures.

There was absolutely a learning curve and being unable to speak any Chinese made even simple interactions especially difficult.  Thankfully there was an amazing scientist working in the lab, and she was very willing to hold my hand and explain everything to me. It was at her house where I learned I was continually making a moderate cultural misstep. In short, I was saying “thank you” and “I’m sorry” way too much. I was told that these are phrases reserved mostly for strangers; good friends will already know your intentions and therefore there is no reason to say these things. While I felt bad about this faux pas, I was also flattered that I was considered a good friend. I found that I needed to be upfront about my cultural ignorance and be completely open to criticism. I think that this strategy helped me learn as much as I could about the country and culture in which I was a guest and, ultimately, I was able to get a lot of research done because I had a good rapport with my lab mates."

SCGSR award to Scott Lee to study in CA 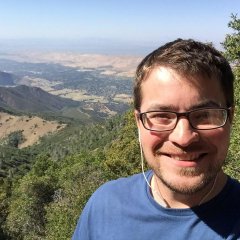 Scott Lee, Hazen Lab, received a DOE Office of Science Graduate Student Research Award to conduct part of his Ph.D. research with Dr. John Vogel at the DOE-Joint Genome Institute. His project was part of his dissertation research on the discovery of biofuel-related traits in natural accessions of Brachypodium distachyon. In concert with the JGI, he performed whole genome sequencing for a total of 65 distinct B. distachyon accessions which were then mapped back to the reference line. Scott continues to work with the Vogel lab using the JGI's supercomputing infrastructure to construct de novo genome assemblies for their sequenced lines which should shed light on the total genome-wide variation of B. distachyon and how that relates to important biofuel traits. He commented, "Overall, the experience was truly remarkable as I was able to work in one of the best genomic facilities with some of the field's leading scientists, and be exposed to great cutting edge technology." 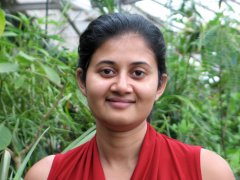 Pubudu Handakumbura, postdoc in the Bartlett Lab, won the best postdoc poster award at the Northeast Regional American Society of Plant Biologists (NEASPB) meeting held in April 2015.  Pubudu received her PhD in 2014, with her dissertation "Understanding the transcriptional regulation of secondary cell wall biosynthesis in the model grass Brachypodium distachyon" in the Hazen Lab. She and her family recently moved across the country where she has a postdoc position at the Pacific Northwest National Laboratory. 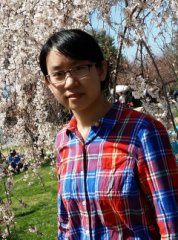 Congrats to PB grad student Huiyuan Guo for her first author paper in Environmental Science and Technology! Huiyuan is a PhD student in the lab of Dr. Baoshan Xing, Stockbridge School of Agriculture.  Huiyuan developed a new technique for detection of silver nanoparticles in consumer products that will help in the understanding of the environmental impacts of nanotechnology. The official title of her article is Analysis of Silver Nanoparticles in Antimicrobial Products Using Surface-Enhanced Raman Spectroscopy (SERS) She also traveled presented talks at two conferences this year.  Well done, Huiyuan! 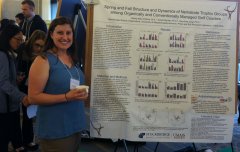 Elisha Allan-Perkins (Plant Biology Ph.D. candidate, Jung Lab) was awarded the Plant Biology Gilgut Fellowship and the 2015 Chris Stiegler Turfgrass Science Student Travel Award for her research on the soil communities on organic and conventional turfgrass and her outreach activities at UMass and for national scientific societies. She also traveled to Pasadena, CA for the American Phytopathology Society Meeting in August. The PB Gilgut fellowship provides one full year of funding from an endowment in honor of Dr. Constantine Gilgut, who taught at the University for much of his 50 year career.  Dr. Gilgut was a specialist in the control of diseases for major crops such as potatoes and tobacco and was very active in UMass Extension as well as teaching and research. Congratulations to Elisha on receiving this prestigious award!

A thorny question: The regulation of stem cell proliferation and arrest