I’m broadly interested in the role that ecological factors play in shaping songbird vocal communication systems. In particular, I ask questions about how acoustic signals change as they transmit through the environment, and how birds communicating over distance process long-range signals. Sound (specifically birdsong) degrades predictably as it propagates from sender (singer) to receiver (listener), and I want to know what affect that has on behavioral interactions, signal perception, song learning, and song evolution in birds.

One major line of inquiry I’m pursuing involves exploring this question in the context of aggressive communication between adult males in neighboring territories, with song sparrows (Melospiza melodia) as my focal species. In behavioral field trials, I am testing whether or not males use sound degradation cues to determine the positions of their neighbors (rivals) across a landscape, and whether the extent of perceived acoustic degradation from competitors’ songs informs receiver responses. In analogous electrophysiological experiments, I am examining neural responses to variation in distance-degraded song stimuli. I’m hoping to identify an auditory processing mechanism that enables birds to perceive degradation cues, thus enabling acoustic distance assessment (and ultimately informing behavior). 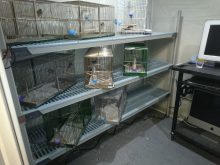 Another major component of my research involves running song learning experiments in the lab with hand-reared swamp sparrows (Melospiza georgiana). Here, I explore how juvenile song development is affected by social variables during song learning. Young males in the wild learn by copying song models from adult tutors in their natal neighborhoods, but these tutors are spaced out across the landscape so that some are close and some are far. In the lab, I am experimentally controlling the environment in which young birds are raised, to investigate the role of close vs. far song tutors on song development in two ways: 1) by comparing learning outcomes from acoustically clear (close) vs. acoustically degraded (far) song models, and 2) by comparing learning outcomes from visible, singing adult tutors (close) vs. tutors that are heard only and not visible (far). This work will provide insight into how social relevance and perceptual mechanisms influence song learning and model choice by juvenile male songbirds.

Lastly, I am taking an ultimate-level approach to ask whether species' songs evolve to match the acoustic properties of their environments. The acoustic adaptation hypothesis (AAH) posits that song structures can be acoustically adaptive, selected to maximize signal fidelity over biologically relevant transmission distances. I am investigating whether there is evidence that the AAH is contributing to song evolution in the Darwin's finch radiation, a group of closely related, recently diverged species that occupy a range of habitats and sing a range of songs. Determining the relative contribution of acoustic adaptation (versus other factors) to shaping song differences across species may help explain both song divergence and speciation mechanisms within this group. 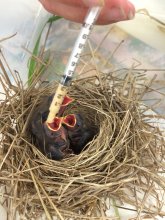 Prior to joining the Organismic and Evolutionary Biology graduate program here at the University of Massachusetts - Amherst, I worked as a Scientific Assistant in the Division of Vertebrate Zoology at the American Museum of Natural History (AMNH). At the AMNH, I managed the Osteology Preparation Laboratory, assisted with Vertebrate Collections Management, and collaborated on research in the Herpetology Department. Before working at the AMNH, I served as a field technician for a PhD student researcher from Queen’s University, exploring partially migratory Black-whiskered Vireo (Vireo altiloquus) populations in the Dominican Republic and Florida. During my undergraduate career at Whitman College, I performed senior thesis research examining the effects of habitat on geographic patterns of song sharing in Dickcissels (Spiza americana) with Dr. Tim Parker. This work began through my participation in a Kansas State University ‘Research Experiences for Undergraduates’ (REU) program based at the Konza Prairie Long Term Ecological Research (LTER) site.

Links: Personal Website: Amy V. H. Strauss, The Podos Lab @ UMass, Blog: That's Life [Science], Mischief in Sparrow-land (guest blogpost), Follow me on Twitter!, Hear me on the 'Beyond the (micro)Scope' podcast!, Hear me on 'The Specialist' podcast! 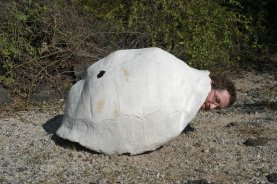