In addition, I am interested in the inference and interpretation of phylogenetic histories, the impact of hybridization on plant speciation (and mating systems), and comparative studies of features that accompany transitions in sexual strategies, such as the evolution of floral sexual dimorphism or the temporal/spatial segregation of gender function in flowers.  I also maintain an interest in the development of floral morphologies and the role of plant architecture in molding these features.

My research has focused in large part on the plant genus Lycium (Solanaceae), which has proven a useful system in which to study mate choice in plants.  Members of this genus vary both in the deployment of sexual function (i.e., some species and populations are hermaphroditic, whereas others have separate sexes), and in the presence of genetically controlled self-incompatibility systems.  This group is also interesting from a molecular systematic perspective given its cosmopolitan distribution, species richness, patterns of hybridization (coupled with variation in ploidy levels), and diverse reproductive systems. 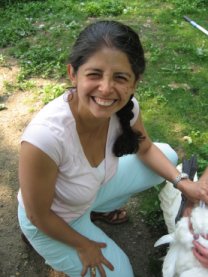