I am broadly interested in the relationship among recombination, selection, drift and mutation rate to determine the course of the genome evolution. Therefore, I am also interested in the characteristics such as the genome size, the genome structure, or the effective population size that are implicated in modulating the relationship among those    forces. Thus, my interests have become more focused on a particular phenomenon, the endosymbiosis, which has been widely described in terms of the relationship among those factors and forces.  Endosymbionts suffer a reduction of their effective population size that reduces the efficiency of selection and increase the efficiency of drift, causing    accumulation of mutations and a subsequent genome  reduction. 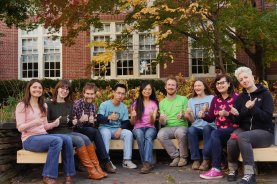