Ph.D., University of Texas at Austin

My research seek to understand processes generating and maintaining biological diversity in a world that is becoming increasingly dominated by humans. Research in the lab spans the species, community and landscape levels and focuses on the impacts of urbanization on animals. Rapid urbanization is one of the greatest challenges facing conservation biology, with many cities growing in area faster than in population. In addition, the highly managed nature of a city landscape provides biologists with some unique opportunities to understand both the role of humans in altering patterns of biological diversity and the role of behavior in limiting animal distributions. A guiding principle for my research is that the typical indices of urbanization, such as human population density, describe only a portion of the habitat structure that is important for wildlife. Human behaviors, values, and resource consumption levels can influence the habitat and resource availability for birds and other organisms. 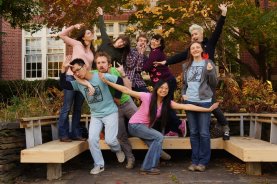