Doctoral student Madeline Tompach and postdoctoral research associate Emily Marques claimed top prizes at the annual meeting of the Northeast Chapter of the Society of Toxicology (NESOT) held virtually Dec. 1-3, 2021. They are both members of Associate Professor Alicia Timme-Laragy’s lab in the Department of Environmental Health Sciences.

MCB graduate student Tompach received the Graduate Student Oral Presentation Award, which includes a $1000 prize, for her presentation “Examining PFOS-induced Dyslipidemia and use of α-lipoic acid (ALA) as a Potential Mitigation Strategy in Zebrafish (Danio rerio).” Her research focuses on exposure to the pollutant PFOS which has been demonstrated to alter lipid profiles and stunt embryonic growth. She demonstrated that maternal consumption of the dietary supplement alpha lipoic acid (ALA) partially rescued the detrimental changes in embryonic growth caused by PFOS. Read more

The American Association for the Advancement of Science (AAAS), the preeminent scientific institution in the United States, the world’s largest general scientific society and publisher of the Science family of journals, has elected two professors from the University of Massachusetts Amherst to the newest class of AAAS Fellows, among the most prestigious honors bestowed by the scientific community.

Tricia Serio, associate chancellor for strategic academic planning, dean of the College of Natural Sciences and professor in the Department of Biochemistry and Molecular Biology, and Lynmarie Thompson, director of the Chemistry-Biology Interface Program and professor in the Department of Chemistry, will join 562 other scientists, engineers and innovators from 24 scientific disciplines in this year’s class of AAAS Fellows. 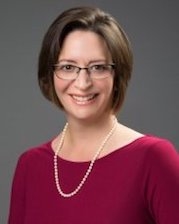 Serio’s research is focused on a particular set of cellular proteins, called “prions,” that can change their shape. When their shape changes, so does their function within the cell, and sometimes these shape-shifting proteins can cause serious illness, such as Creutzfeldt-Jakob, Alzheimer’s and Parkinson’s diseases. “What we want to understand,” says Serio, “is why proteins change their shape, and if they can switch in one direction, causing disease, can they switch back to a healthy state?” 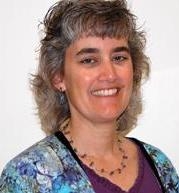 Thompson also studies cellular proteins, though the focus of her work is on proteins in the membrane of a cell. Membrane proteins are responsible for many of the cell’s processes, from harnessing energy to communicating with other cells and sensing the environment. Her lab investigates chemotaxis receptors that sense the environment and can direct the swimming of bacteria, and form protein arrays in the membrane that are “symmetrical and beautifully complex,” as Thompson puts it. Membrane proteins are also the targets for a wide range of therapeutic drugs—and yet their structures and mechanisms remain poorly understood.

Serio and Thompson, both of whom are members of the graduate program in molecular and cellular biology at UMass, are also supported by the facilities and intellectual camaraderie of the UMass Institute for Applied Life Sciences (IALS), which combines deep and interdisciplinary expertise from 29 departments on the UMass Amherst campus to translate fundamental research into innovations that benefit human health and well-being. Read more

Associate Professor of Nutrition Zhenhua Liu has been elected to serve as chair-elect of the diet and cancer research interest section (RIS) of the American Society for Nutrition (ASN). He will serve in this role through the end of June before taking over the position of chair for a one-year term from July 2022 to June 2023.

Members of the ASN Diet and Cancer RIS focus on the impact of nutritional status and dietary factors in cancer development; the role of diet in modulating cellular, biochemical and molecular events associated with carcinogenesis at numerous sites in animal and human models; and the relevance and application of research in the field of cancer chemoprevention.

“It is my great honor to serve for the ASN Diet and Cancer RIS, which is dedicated to bringing together the world’s top researchers, clinical nutritionists, and industry partners to advance our knowledge and application of nutrition for cancer prevention and thereby to reduce the burden of cancer in our society,” says Liu. Read more

Jianhan Chen, a University of Massachusetts Amherst chemistry and biochemistry and molecular biology professor, has received a five-year, $2 million National Institutes of Health (NIH) grant to support research in his computational biophysics lab aimed at better understanding the role of intrinsically disordered proteins (IDPs) in biology and human disease.

The grant falls under the National Institute of General Medical Sciences MIRA program, which stands for Maximizing Investigators’ Research Award. It’s designed to give highly talented researchers more flexibility and stability to achieve important scientific advances in their labs.

“The MIRA award enables us to continue working on several central problems regarding the study of disordered proteins and dynamic interactions. The flexibility of this funding mechanism also allows us to follow new research directions as they emerge,” Chen says. Read more

Sloan Siegrist was one of three faculty who received Acorn Innovation grants of $16,250 each to help them test the viability of their innovations and potentially bring them closer to market.

The Acorn Awards are funded by the Commonwealth of Massachusetts and overseen by MassVentures, the state’s strategic venture capital arm. 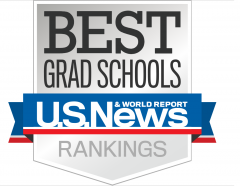 Six of the 12 UMass Amherst food science faculty members are ranked within the top 1.3% of their field in a publicly available, standardized global database, recently updated through 2020, which ranks scientists according to their citations and h-index. Hosted by Elsevier BV and developed by scientists at Elsevier, Scitech Strategies and Stanford using Digital Commons Data, the index measures the impact of a researcher’s scholarship production and performance.

The list includes the top 100,000 researchers in the world, representing the top 2% of all researchers. The six UMass food scientists included are: David Julian McClements, Eric Decker, Yeonhwa Park, and MCB faculty Lili He, Hang Xiao, and David Sela. Hang Xiao and three additional current faculty are also included in the career list, which covers citations throughout history. Read more 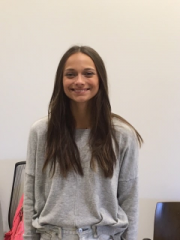 MCB student Madeline Tompach won the Graduate Student Oral Presentation Award at the Northeast Chapter of the Society of Toxicology 2021 Fall Virtual Meeting for her talk entitled, "EXAMINING PFOS-INDUCED DYSLIPIDEMIA AND USE OF α-LIPOIC ACID (ALA) AS A POTENTIAL MITIGATION STRATEGY IN ZEBRAFISH (DANIO RERIO)."

Abstract excerpt:  Perfluorooctanesulfonic acid (PFOS) is an environmental toxicant found ubiquitously in the aquatic environment and drinking water supply. PFOS exposure has been associated with dyslipidemia in human and animal studies, including zebrafish (Danio rerio) where previous work demonstrates that preconception and developmental PFOS exposure alters uptake of the lipid-rich yolk sac (YS) over the first five days of development. This study investigates how PFOS affects YS uptake of palmitate, the most abundant fatty acid in humans and zebrafish, in the developing embryo and explores the use of a dietary supplement, α-lipoic acid (ALA), in preconception exposures to combat PFOS-induced dyslipidemia seen in the offspring. 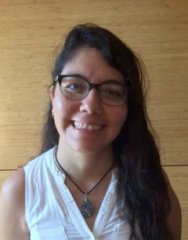 In a recent UMass Magazine article, "The One Constant: Change," MCB Alumna (PhD '21) Ana Torres-Ocampo describes what initially drew her to research and explains how she feels about it now. She became interested in research and began volunteering when a friend mentioned lab. Ana completed her PhD in 2021, and her enthusiasm for research has not changed. “I get giddy like a little kid. It’s amazing to me that I get to do this.” Read more

Congratulations to Jun-Goo Kwak, Jessica McGory and Kevin Guay on receiving the internal awards for the MCB proposal competition! MCB students write an NSF-style fellowship proposal as they enter their second year as part of our program curriculum. The proposals are reviewed internally, and prizes are awarded based on the strongest applications. The prizes for the 2020 submissions went to:

Kevin Guay, "Investigating the Mechanism of Lysosomal Sequestration by Toxoplasma Gondii During Chronic Toxoplasmosis"
Jun-Goo Kwak, "Decoupling the Roles of Matrix Proteins and Niche Cells on the Regulation of Bone Marrow Hematopoiesis"
Jessica McGory, "Elucidating the Role of Aurora B in the Mitotic DNA Damage Response Pathway and its Involvement in Tumorigenesis"

Congratulations to the award winners!