Eleven researchers at the University of Massachusetts Amherst have been recognized for being among the world’s most highly cited researchers in 2021.

The analysis by Philadelphia-based Clarivate Analytics, owner of the Web of Science, serves as the basis for regular listings of researchers whose citation records put them in the top one percent by citations for their field and year.

The highly anticipated annual list identifies researchers who demonstrated significant influence in their chosen field or fields through the publication of multiple highly cited papers during the last decade. The methodology that determines the “who’s who” of influential researchers draws on the data and analysis performed by bibliometric experts and data scientists at the Institute for Scientific Information.

The eleven recognized in 2021 for their work at UMass include two MCB scientists:  Professor and Clydesdale Scholar of Food Science Hang Xiao, and Goessman Professor of Chemistry Vincent Rotello. Read more

The University of Massachusetts Amherst’s Institute for Applied Life Sciences (IALS) has announced that six campus research teams have been named recipients of the 3rd annual Manning/IALS Innovation Awards. These translational grants are designed to advance applied research and development efforts from UMass-based faculty research groups in the sciences and engineering through the development of spin-out/startup companies and the out-licensing of UMass intellectual property.

Alumnus Paul Manning and his wife, Diane, committed $1 million through their family foundation to establish the Manning Innovation Program. The gift provides three years of support in advancing a robust and sustainable commercialization pipeline of applied and translational research projects from UMass Amherst.

MCB faculty are involved in three of the six projects that were selected from a highly competitive group of applicants:

RNA4Therapeutics: Craig Martin, chemistry. A novel manufacturing technology for the synthesis of high purity, low-cost, and large scale RNA manufacturing for therapeutic use. 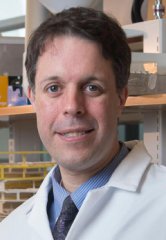 A non-toxic, bacteria-based system developed in Neil Forbes' lab at the University of Massachusetts Amherst can detect when it is inside a cancer cell and then release its payload of therapeutic drugs directly into the cell. The work, published in “Nature Communications” today, could lead to effective, targeted therapies for currently untreatable cancers, such as liver or metastatic breast cancer.

The inability to penetrate solid tumor cell membranes has, until now, prevented researchers from being able to effectively target critical cancer pathways. Current delivery methods, such as nanoparticles, cell-penetrating peptides and antibody drug conjugates, have limited efficacy because of their poor ability to enter cells, their inability to specifically target cancer cells, and their susceptibility to degradation from the cell’s natural protection against foreign invaders.

The groundbreaking UMass Amherst work has demonstrated in the lab that not only can it easily enter cells, but it can specifically target cancer cells to deliver proteins (drugs) directly while leaving healthy cells alone. And once its protein payload is delivered, the bacteria dissipate and clear.

The delivery system was developed by Nele Van Dessel, bioengineer and co-first author on the paper, as a post-doc in Forbes’s lab. It uses a highly modified type of salmonella that is injected into the bloodstream.

The protein used was developed with Jeanne Hardy, chemistry and molecular and cell biology, and the research was led by Van Dessel and Vishnu Raman, chemical engineering and co-first author on the paper. Read more

‘Selective Promiscuity,’ Chaperones and the Secrets of Cellular Health 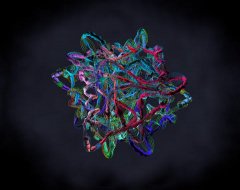 A team of researchers at the University of Massachusetts Amherst has announced a major new advance in understanding how our genetic information eventually translates into functional proteins—one of the building blocks of human life. The research, recently published in the Proceedings of the National Academy of Sciences (PNAS), elucidates how chaperones display “selective promiscuity” for the specific proteins—their “clients”—they serve. This property enables them to play an essential role in maintaining healthy cells and is a step forward in understanding the origins of a host of human illnesses, from cancer to ALS.

The protein folding process, during which a chain of amino acids assumes its final shape as a protein, can be especially fraught. Researchers have long known that special molecules called chaperones help shepherd the protein into its final, correct shape. These “chaperones” can figure out which proteins are at risk of being deformed and can then lend that protein additional help. But how exactly they do their work has been poorly understood: “The chaperones do some kind of magic,” says Alexandra Pozhidaeva, co-lead author of the paper who contributed to this study as a postdoctoral research associate at UMass Amherst and is currently a postdoctoral fellow at UConn Health. “What we’ve done is to reveal the mechanics behind the trick.”

Not only is this breakthrough an advance in our understanding of how cells stay healthy, it has real-world applications. “Hsp70s,” says Gierasch, “are involved in so many pathological diseases, from cancer to Alzheimer’s, and host Hsp70s are exploited by parasites and viruses. Understanding how Hsp70s work can help us develop therapeutic strategies against these terrible diseases.” Read more

Timme-Laragy to Investigate Effects of Environmental Toxicants on Pancreatic Development 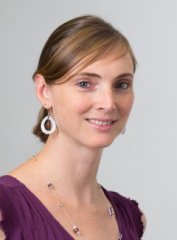 Associate professor of environmental health sciences Alicia Timme-Laragy has received a two-year, $421,400 grant from the National Institute of Environmental Health Sciences (NIEHS) to study the effects of environmental toxicants on pancreatic development.

The new funding is a result of Timme-Laragy’s research conducted while a UMass Amherst Center for Research on Families (CRF) Family Research Scholar. The year-long interdisciplinary faculty seminar provides a carefully selected group of UMass Amherst faculty the opportunities for peer mentorship, and national expert consultation to prepare a large grant proposal in support of their research.

A developmental toxicologist with expertise in how early life exposures to PFAS (per and polyfluoroalkylated substances) and other environmental contaminants affect health, Timme-Laragy will examine how environmental toxicants trigger oxidative stress reactions in embryonic development using the zebrafish as a model system. Oxidative stress – an imbalance between the production of free radicals and antioxidant defenses in the body – can create a state called redox stress that damages cellular development and has been shown to cause metabolic dysfunction.

“We have found that early life exposures to PFAS compounds and pro-oxidants result in a shortened exocrine pancreas,” notes Timme-Laragy, who will take a systems-level approach to investigate the potential cellular and molecular mechanisms of oxidative stress that lead to this pancreatic deformity. “This work will help us understand the mechanisms by which these early-life exposures and redox stress can damage the developing pancreas and predispose humans to metabolic diseases.” Read more 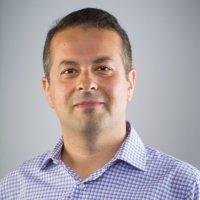 The briefing drew over 450 attendees with representatives from at least six congressional offices. The remainder of the participants were from the executive branch including HHS (NIH/FDA) and USDA, academic and industry scientists and practitioners who were obtaining continuing professional education credits.

A recording of the briefing could be accessed at https://nutrition.org/asm-joint-webinar/ Read more

UMass ADVANCE is pleased to announce the 2021-22 cohort of ADVANCE Faculty Fellows. The 46 selected faculty members, each representing different units, will partner with UMass ADVANCE to promote gender and racial equity for faculty at UMass. Through a combination of research, programming, and practices, UMass ADVANCE seeks to understand systemic and intersectional inequalities at UMass and to lay the groundwork for a fairer, more equitable, diverse and inclusive campus.

Faculty Fellows provide recommendations and feedback to the team about ADVANCE programming and liaise with their departments to promote the ADVANCE program. They also inform ADVANCE about successful equity and inclusion initiatives in their units.

Each year ADVANCE announces a theme related to our focus on collaboration and equity. UMass ADVANCE’s theme for the upcoming program year is “Shared Decision-Making and Equity in Faculty Governance.”

Congratulations to the MCB faculty:  Ashish Kulkarni (chemical engineering), ChangHui Pak (biochemistry and molecular biology), Patrick Flaherty (mathematics and statistics), and to all of the ADVANCE Faculty Fellows! Read more 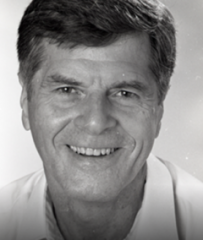 Westhead had a passion for learning and broad interests. After receiving his B.S. and M.S. degrees in chemistry from Haverford College, and his Ph.D. in polymer science from the Polytechnic Institute of Brooklyn, he continued on to do postdoctoral research in protein biochemistry and enzyme catalysis at the University of Uppsala and University of Minnesota, respectively. He then established his own laboratory at Dartmouth Medical School in 1960.

UMass Amherst recruited Westhead in 1966 to form a new department of biochemistry. He later became the first director of the UMass Amherst molecular and cellular biology PhD program in 1988. Over the decades, he also held visiting professorship positions at various institutions, including California Institute of Technology, Oxford University, University of Innsbruck and the University of Milan. Read more 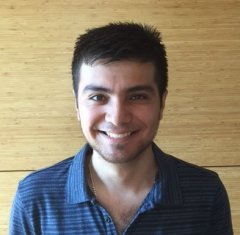