Computational biophysicists are not used to making discoveries, says Jianhan Chen at the University of Massachusetts Amherst, so when he and colleagues cracked the secret of how cells regulate Big Potassium (BK) channels, they thought it must be a computational artifact. But after many simulations and tests, they convinced themselves that they have identified the BK gating mechanism that had eluded science for many years. Their work is reported in the journal Nature Communications. Read more

Please join us for an all student and faculty BBQ mixer to welcome the incoming Fall 2018 cohort!

Hope to see you there! The BBQ will include vegetarian food options and a cash bar will be available.

When humans construct a building, it’s intended to stand for many years, but in biological systems, cells routinely build structures and take them apart, re-using the pieces in different places and dissolving them again in an intricate process that scientists are just beginning to explore at a deep physical level, say cell biologist Patricia Wadsworth and biophysicist Jennifer Ross at the University of Massachusetts Amherst. Ross and Wadsworth recently received a four-year, $1.1 million grant from the National Science Foundation to investigate the biological and physical underpinnings of cell division from this perspective. Read more 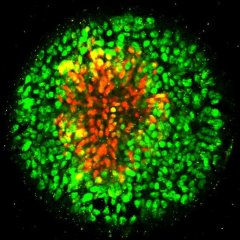 A team of researchers including Yubing Sun of the University of Massachusetts Amherst has demonstrated that human pluripotent stem cells can be guided to become the precursors of the central nervous system and that mechanical signals play a key role in this process. Sun and his colleagues outlined their findings in a recent paper published in the journal Nature Materials. Read more 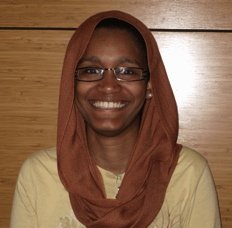 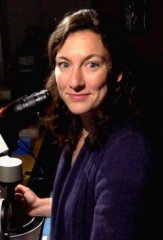 The brain-eating amoeba Naegleria fowleri is an emerging and deadly protist pathogen whose natural range appears to be rapidly expanding, says Lillian Fritz-Laylin, biology, but it has been “largely unstudied” because it is so dangerous and scientists lack adequate tools for gene manipulation. Read more. Recent article.