We are pleased to announce the following PB PhD thesis defense 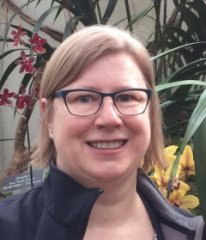 Professor Elsbeth Walker's research studying how iron transport works in plants is featured in "The Scientist." Her findings, she says, could help researchers genetically engineer corn and other staple grains to take in more iron and ultimately deliver it to people who lack sufficient iron in their diets. Read more

Scary though it may seem, Baima and other UMass scientists can be bold in their entrepreneurial efforts—the UMass Institute for Applied Life Sciences (IALS) has their backs. IALS was launched in 2015 to help turn scientific discoveries into marketable products that improve human health and well-being.

IALS works in step with the Berthiaume Center for Entrepreneurship at the Isenberg School of Management, with the office of the Vice Chancellor for Research and Engagement through its Office of Technology Transfer and the UMass Innovation Institute, and other entities to fortify the campus start-up culture. The interdisciplinary institute includes 250 faculty from 28 academic departments and manages unique resources. These include state-of-the-art equipment organized into core facilities accessible to academic labs and industry alike, interdisciplinary lab space organized into research themes that allow faculty from different departments and even from different colleges to work close together, and lab space for start-up companies. Faculty, students, industry leaders, and entrepreneurs mingle in the institute’s conference spaces. To operate IALS, the university contributed more than $60 million in capital funds and operational support. The Commonwealth of Massachusetts itself is behind IALS, having invested $95 million through the Massachusetts Life Sciences Center. Read more

Scary though it may seem, Baima and other UMass scientists can be bold in their entrepreneurial efforts—the UMass Institute for Applied Life Sciences (IALS) has their backs. IALS was launched in 2015 to help turn scientific discoveries into marketable products that improve human health and well-being. Read more 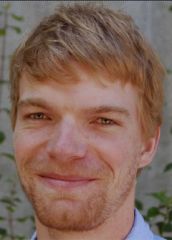 The U.S. Department of Energy (DOE) recently awarded biogeochemist Marco Keiluweit, assistant professor of soils and the environment in the Stockbridge School of Agriculture at the University of Massachusetts Amherst, and his collaborators elsewhere, two grants to study how climate change affects the capacity of soils to remove carbon from the atmosphere and retain enough nutrients for food production.

In particular, the teams will investigate climate change-related effects of drought and virus infection in plants, and their interaction with soils. Keiluweit and colleagues received $200,000 and $300,000 exploratory research awards from DOE’s Biological and Environmental Research program, which supports “high-risk, high-reward” research, the soil chemistry expert says. Read more 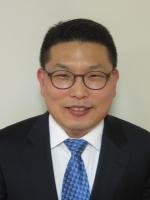 Researchers at the University of Massachusetts Amherst are developing microenvironments that allow them to study how cancer cells that move around in the human body change from dormant to active and what causes or prevents that change. Understanding this process, the researchers say, could lead to new treatments that prevent cancer from metastasizing throughout the body. Read more

Researchers combine techniques to protect sweet basil from pathogens. What’s the big idea? Basil is the most important commercially grown herb crop in the United States; its essential oils are used in applications from medicine to skin care products and soft drinks. Currently basil production in the U.S. is threatened by the recently introduced plant pathogens Peronospora belbahrii, which causes downy mildew, and Fusarium oxysporum, which causes Fusarium wilt.  Read more 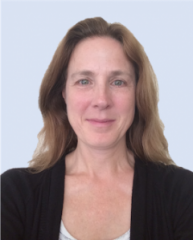 A new predictive model suggests that climate change may allow common ragweed to extend its growing range northward and into major northeast metro areas, worsening conditions for millions of people with hay fever and asthma.

Plant ecologist Kristina Stinson, Environmental Conservation, who leads a research team that has been studying this plant for over a decade – particularly how it responds to elevated CO2 levels – worked with climate modeler and corresponding author Michael Case at University of Washington on this project. Details appear online in the journal PLOS One, and were also featured in The Daily Hampshire Gazette, as well as University of Washington News. Read more 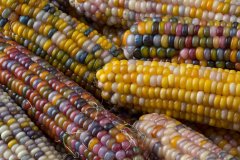 Iron deficiency anemia is a huge global problem. It affects 2 billion people, particularly in low-income countries where many rely on grain as a staple. Yet so far, plants have managed to outwit our efforts to convince them to carry more iron. University of Massachusetts Amherst molecular biologist Elsbeth Walker has received a three-year $870,000 grant from the National Science Foundation to discover exactly how plants regulate the amount of iron they take up through their roots. Read More 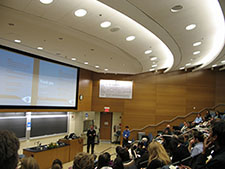